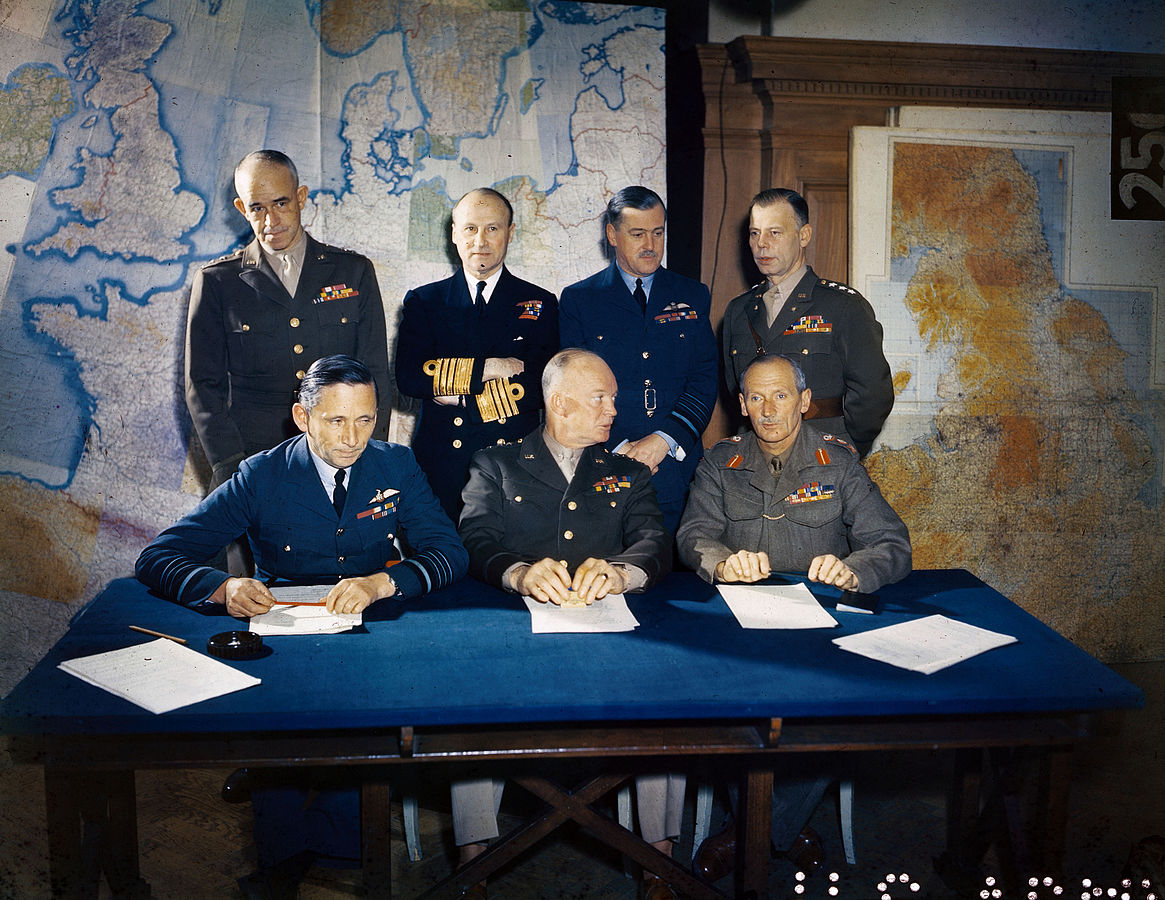 Mark begins his series of podcasts dedicated to the 76th Anniversary of D-Day, discussing Operation Overlord, the planning of the D-Day invasion. He includes excerpts from  WWII lectures that historian Stephen E. Ambrose gave at the University of New Orleans, covering the preparation the Allies made for Operation Overlord. By December of 1943 the United States and Great Britain agreed that they were going to open a front in northern Europe with an invasion of France.

When British Prime Minister Winston Churchill and President Franklin D. Roosevelt met with Josef Stalin in Tehran that November, the Soviet leader expressed his anxiety and asked them who is going to command the invasion? When they replied that they had not yet chosen, he didn’t take them seriously. “If you don’t have a commander, you don’t have an invasion.” However, they were planning and the first obstacle was to pick the commander.

Roosevelt wanted General George C. Marshall or else his distinguished career may be forgotten and the President felt he deserved a field command. Dr. Ambrose used the analogy that “everyone remembers U.S. Grant, but how many today revere his chief of staff?”*

However, as chief of staff, that would mean moving him from Washington, D.C. to London and it would actually position him as a subordinate to General Dwight D. “Ike” Eisenhower, who would take over as chief in Washington. It would create a situation that would be diplomatically untenable. Roosevelt asked Marshall directly who the commander should be and Marshall said, “That’s not my decision to make.”

Ultimately the choice was General Eisenhower and Roosevelt even had Marshall pen the message to transmit to Stalin (Marshall actually saved the original handwritten note to give to Eisenhower as a souvenir). With the choice made, in January 1944, “Ike,” who had the perfect temperament to deal with the major Allied players, arrived in London to take over as Supreme Allied Commander.

Eisenhower and his staff were to resolve four major issues: first, where to stage the attack? Second, how do we keep the Operation a surprise? Third, when do we launch the invasion? And finally, the Allies had to devise a deception plan to ensure that the Germans are surprised.

Eisenhower and the other British and American officers at the Supreme Headquarters of the Allied Expeditionary Force (SHAEF) accomplished these tasks. How they got it done is the subject we study in depth on the Operation Overlord and D­-Day to the Rhine Tours.