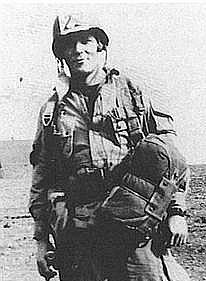 Lt. Dick Winters and Easy Company of the 101st Airborne were made famous by the Band of Brothers TV series, based on the best-selling book by Stephen E. Ambrose. Historian Chris Anderson, who spent hundreds of hours with Winters talking about his WWII experiences, joins Mark to discuss leadership and the the man who led Company E of the 506th PIR from Normandy to the Eagle’s Nest. 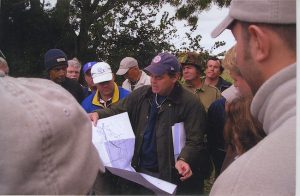 Chris Anderson is a historian who is well versed in many aspects of American history with special expertise in the Normandy Invasion, Band of Brothers, and 101st Airborne as well as the American Revolution. As the former editor of WWII Magazine he edited and wrote about all areas of the U.S. involvement in that war. Chris was also one of the original creators of the Stephen Ambrose Band of Brothers Tour and was a personal confidant of Major Dick Winters, commander of Easy Company, as well as many other veterans of WWII. Chris is the co-host of the History Happy Hour livestream. He lives in London, where he chronicles his visits to the places where history happened and the fascinating people he meets along the way in his blog, History Hikes.