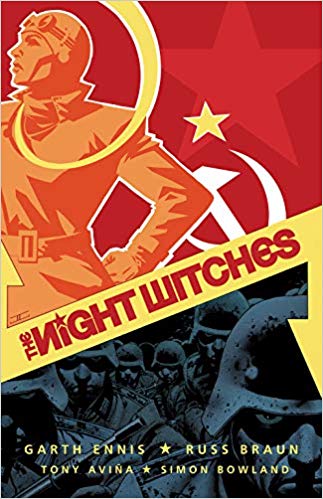 Renown graphic novelist, Garth Ennis, visits with Mark to discuss his new book, The Night Witches, about the young women who flew night bombing raids for the Red Army in WWII.  As the German army smashes deep in to the Soviet Union and the Red Army retreats in disarray, teenager Anna Kharkhova quickly grows into a hardened combat veteran flying obsolete bi-planes. As death and destruction grows exponentially, she deals not only with the Nazi enemy, but the terrifying threat of her country’s secret police.