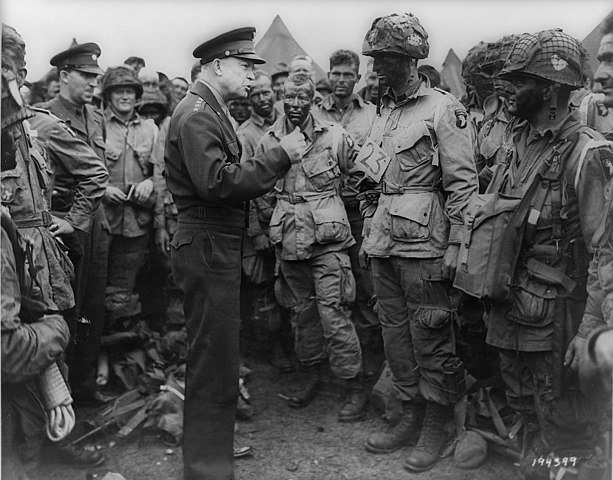 In continuing our study of D-Day for this 76th Anniversary Year, Mark talks about the invasion airborne operations. He and guest historian, Marty Morgan, discuss the airborne operations and actions of the American 82nd and 101st Airborne and the British 6th Airborne Divisions on D-Day. They cover the details of the paratroopers, including “the greatest feat of flying in the Second World War.”

Photo: General Dwight D. Eisenhower speaking with First lieutenant Wallace C. Strobel and men of Company E, 2nd Battalion, 502nd Parachute Infantry Regiment on June 5, 1944. The placard around Strobel’s neck indicates he is the jumpmaster for chalk 23 of the 438th TCG. Strobel’s battalion was the first to drop into Normandy.