Cold War In The Middle East 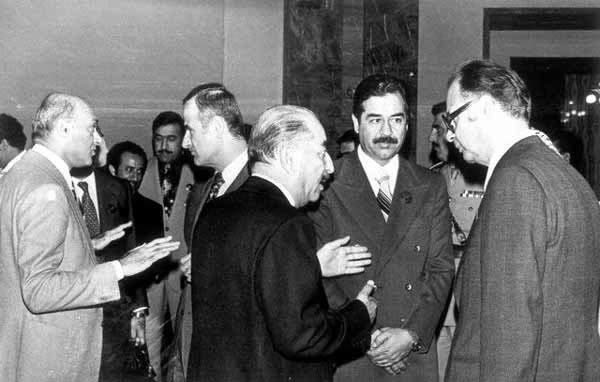 With the Middle East at the forefront of international news, Mark revisits his conversation with Kate Tietzen about the turmoil in the Middle East during the difficult years following WWII to the final days of the USSR. Cold War studies often focus on events in Europe. However, the Cold War quietly and sometimes loudly raged in the Middle East. Numerous political, religious and ethnic factions struggled for power while the U.S. and the Soviet Union maneuvered to exert influence and control in the region—whether behind the scenes or overtly.

Mark first interviewed Tietzen for his podcast, “Iraq: Ancient Country, Modern Conflicts,” when they discussed the conflicts, sometime resolutions and the evolution of the country. Her in-country research delves into the many facets of the Iraqi people, the religious factions and the nation’s friends, foes and allies.

Photo: Saddam Hussein and Hafez al-Assad of Syria at an Arab Summit in Baghdad in November 1978

Kate Tietzen is a PhD candidate in Military History at Kanas State University. Her dissertation explores the Iraqi-Soviet relationship in the Cold War, analyzing this dynamic through the Iraqi point of view by using Ba’athist regime documents housed in the United States. She seeks to demonstrate the complexity of the Cold War in the Middle East, and to draw out the legacies of this relationship in the post-Cold War era.