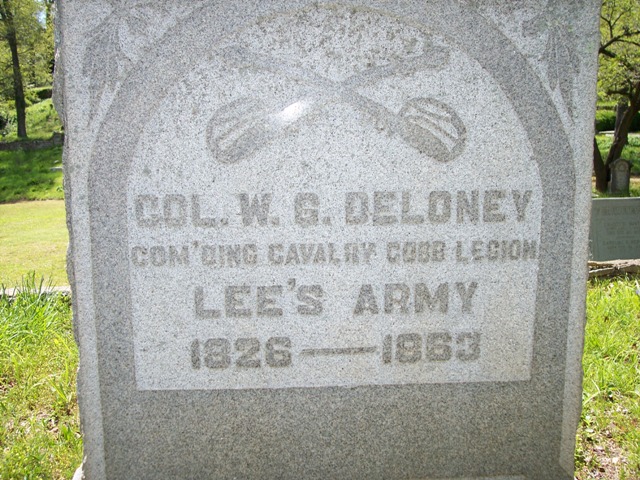 Mark revisits his conversation with Vince Dooley about his book, The Legion’s Fighting Bulldog: The Civil War Correspondence of William Gaston Delony. Greatly loved by those who served under him, Lieutenant Colonel William Gaston Delony possessed three admirable attributes: “commanding presence, bull dog courage, and superb generalship.” Through the letters of Delony and his wife Rosa, we get human insights into the struggles of the war both on the battlefield and at the home front.

William G. Delony raised a cavalry company in Athens, Georgia, in the summer of 1861, and was commissioned Captain of Company C of the Cavalry Battalion, Cobb Legion. He was later promoted to command the battalion and survived a serious wound on his face when slashed by a sabre at the Battle of Gettysburg (July 1-3, 1863). Returning to duty, he was wounded in a leg and captured at a skirmish at Jack’s Shop, Virginia. He died in a hospital in Washington, D.C., in Oct. 1863. – from Find A Grave 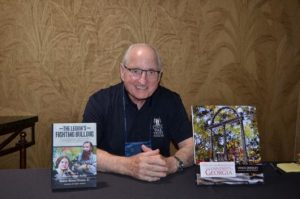 During a celebrated 25-year career as athletic director for the University of Georgia, Coach Vince Dooley led the UGA football team to a national championship, six SEC titles and 20 bowl games. He is also the only person to ever hold the presidency of both the American Football Coaches Association and the National Association of Collegiate Directors of Athletics. A legendary figure in the history of college football by any measure, Coach Dooley’s passions and talents go far beyond the gridiron. He is an accomplished author and avid gardener as well; the Dooley Blue Hydrangea is named after him.

Coach Dooley has long been interested in history; he holds bachelor’s and master’s degrees in the subject from Auburn University. He sat on the Georgia Historical Society’s Board of Curators from 2016-18 and is a member of the American Battlefield Trust’s Board of Trustees. In this capacity, he continues to transform his passion for history and preservation into yet another lasting legacy.

Learn more about Vince Dooley and the American Battlefield Trust>>