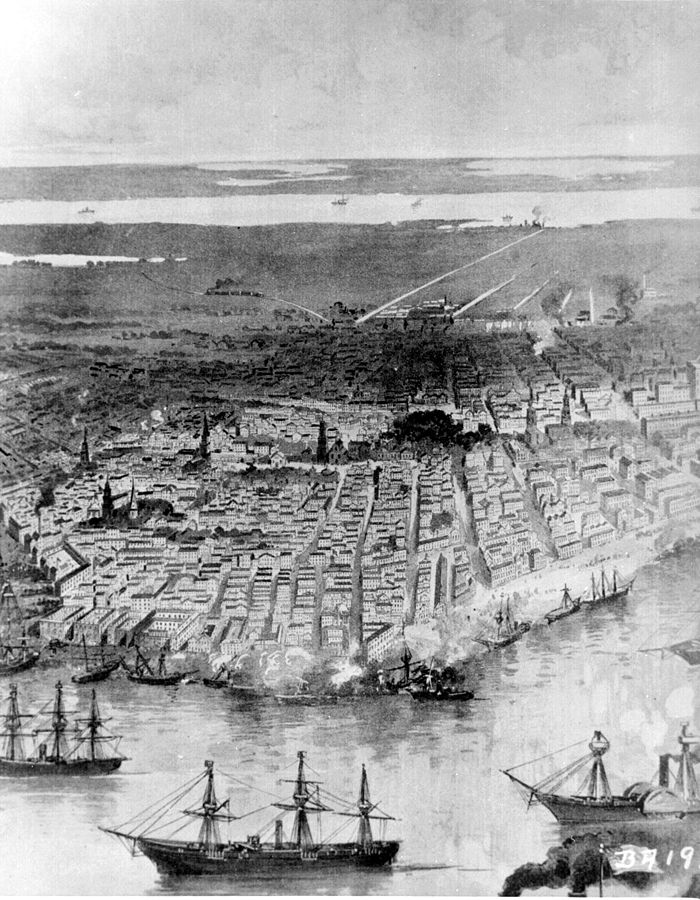 Mark takes a comparative look at developments leading up to the Civil War and the importance of the city of New Orleans to the Confederacy.

A comparative look at the economic differences between the Confederate states and those of the Union shows a staggering disparity. SEE COMPARATIVE CHART The Southern states had few advantages, except in certain agricultural areas and any semblance of parity here, arose from the Border States, primarily Kentucky, Maryland and Missouri. These three states were divided between Union and Confederacy in sympathies, and more concretely in supplying officers and men under arms. Nevertheless, they remained in the Union and are represented accordingly in terms of these resource statistics.

Wars are costly—certainly in terms of life and devastation of property—and since they are, those who wage them need money and goods to collect and trade. The chief cash crop for the South was cotton, to a lesser extent tobacco was significant but cotton was king. King Cotton was one of the Confederacy’s mainstays and sources of income. However, to collect payment for this white gold, the seller must be able to get it to market. The textile mills of New England and for that matter, Old England, became starved for raw cotton. And, because in 1860, the southern United States produced 90% of the world’s cotton, the mills became idle and workers went without wages. The conduit for getting cotton to markets outside the South was the Mississippi River. The wharves, warehouses and agents who facilitated getting the product to the manufacturers were in New Orleans.

At the beginning of the Civil War, New Orleans was the largest exporting port in the world. New York was the greater of the two city ports in general, but New Orleans sent the most product abroad. Chief among these, at least in terms of financial importance, was cotton. If the Union could interdict shipping to and from New Orleans, it would be a great, perhaps mortal, blow to the Confederate economy. If the Union could cripple the economy of the seceding states, it would win the economic war. If preserving the Union was the ultimate goal, then defeating the South economically was the first part of the equation. The second part, achieving military victory would follow. Another factor was the morale of the people, which came later, but military thought in the North focused on the tactics and strategies that would break the South’s economy and shatter its armies.