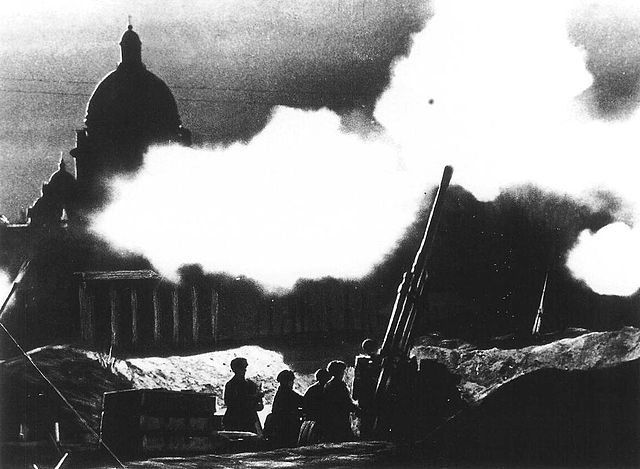 This week, Mark takes a look at some of the events that happened during the month of August in the American Civil War and WWII. He discusses the infamous Quantrill’s Raiders, a group of pro-Confederate partisan guerrillas that included Jesse James, Nathan Bedford Forrest’s raid on Memphis, the 872-day Siege of Leningrad, and the Nazi-Soviet Non-Aggression Pact.

Image: The fire of anti-aircraft guns deployed in the neighborhood of St. Isaac’s cathedral during the defense of Leningrad (now called St. Petersburg, its pre-Soviet name) in 1941.